See Our Carlsbad Water On Ellen DeGeneres TV Show
Click on this link     www.gloublog.net/?p=3195
THANK YOU VERY MUCH Shailene Woodley and Ellen DeGeneres for being so generous
and sharing our Carlsbad Alkaline Therapeutic Living Water with  millions of people on  the
Ellen's famous TV show. 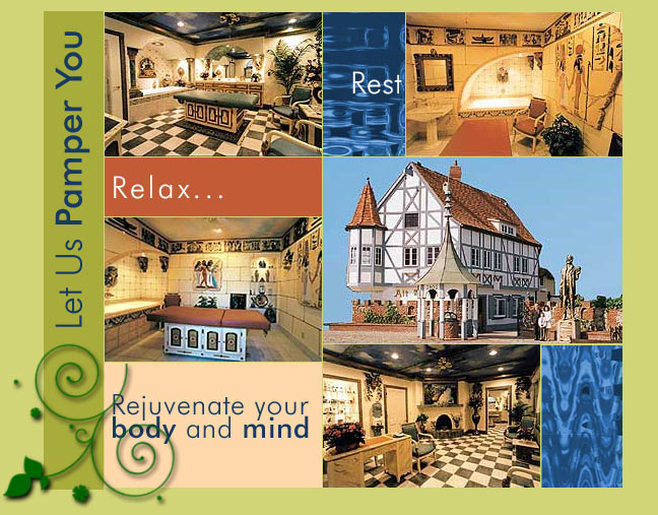 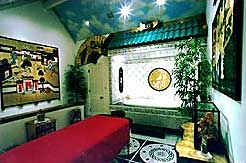 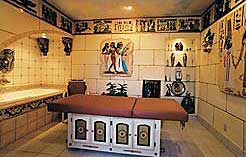 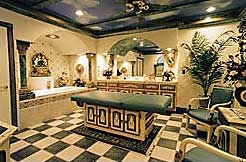 Couples treatments and mineral baths are available in our Exotic Oriental Room
Carlsbad Mineral Water Spa was voted #1 three years in a row for the Best Massage by
Entertainer and Lifestyle Magazine readers.

Situated at the edge of downtown Carlsbad Village with its many antique shops and
award-winning restaurants, Carlsbad Mineral Water Spa is an easy drive from
Los Angeles and San Diego, and only a short distance from 1-5.  For those who
prefer the train, Carlsbad mineral Water Spa is just one block from the Carlsbad
Coaster train station, and only three miles from the Oceanside Amtrak depot.

All of your treatments are done in private theme rooms and your therapist will work
with you from beginning to the end with no interruption or waiting time between
treatments providing you complete relaxation. All therapist are professionally licensed
and highly trained.

Carlsbad Mineral Water was discovered in 1882 by Capt. John Frazier when he drilled
a well for his farm near the beach. The alkaline mineral water cured a stomach ailment
from which Capt. Frazier had suffered for years. Intrigued, he sent samples of the water
to two independent testing laboratories in New York and Chicago. The results showed
his water was chemically very similar to the healing spring mineral waters found in a
famous European spa resort that was at that time called Carlsbad, in Bohemia (Today,
the city is Karlovy Vary, Czech Republic, and is still famous for its therapeutic spas.)

One of California’s real estate booms was happening at the time, and Capt. Frazier
platted his farm for a city  that he called Carlsbad. He also started bottling his water
and selling it across the nation as (The American) Carlsbad Mineral Water. He built a
huge Victorian hotel beside his original well, and people came from all over  the world
and included at least two U.S. presidents enjoying the alkaline mineral water for
drinking and for bathing, just as they would in the European Carlsbad.

The real estate boom of the 1880s crashed, but Carlsbad Alkaline mineral water
continued to be popular until the Great Depression, when the well was abandoned
because the owners lacked the funds for maintenance.

The well was lost until it was rediscovered in 1955 by Kay and “Chris” Christiansen.
The Christiansens wanted to restore the well and revive the mineral-water business,
but for various reasons they could not do so. In 1991, Kay met Ludvik & Veronica
Grigoras, who became interested in helping her with her dream.

Ludvik  had been born in Karlovy Vary, when it was Czechoslovakia and under
Communist rule. He escaped at the age of 18 to Austria and lived in Germany for
two years. He immigrated to the United States, New York City in 1971.

From 1993 to 1995, Ludvik and his wife Veronica worked at restoring and re-drilling
the well. By this time, Ludvik had been instrumental in forging a sister-city relationship
between his birthplace of Karlovy Vary and Carlsbad, Calif. In late 1995, the mayor
and city council of Carlsbad, along with an official delegation from Karlovy Vary,
officiated at the formal re-opening of the Carlsbad Mineral Water Artesian Well. In
June 1996, famous therapeutic Carlsbad Alkaline Water™ finally ­after an
absence of 60 years ­once again became available to the public.